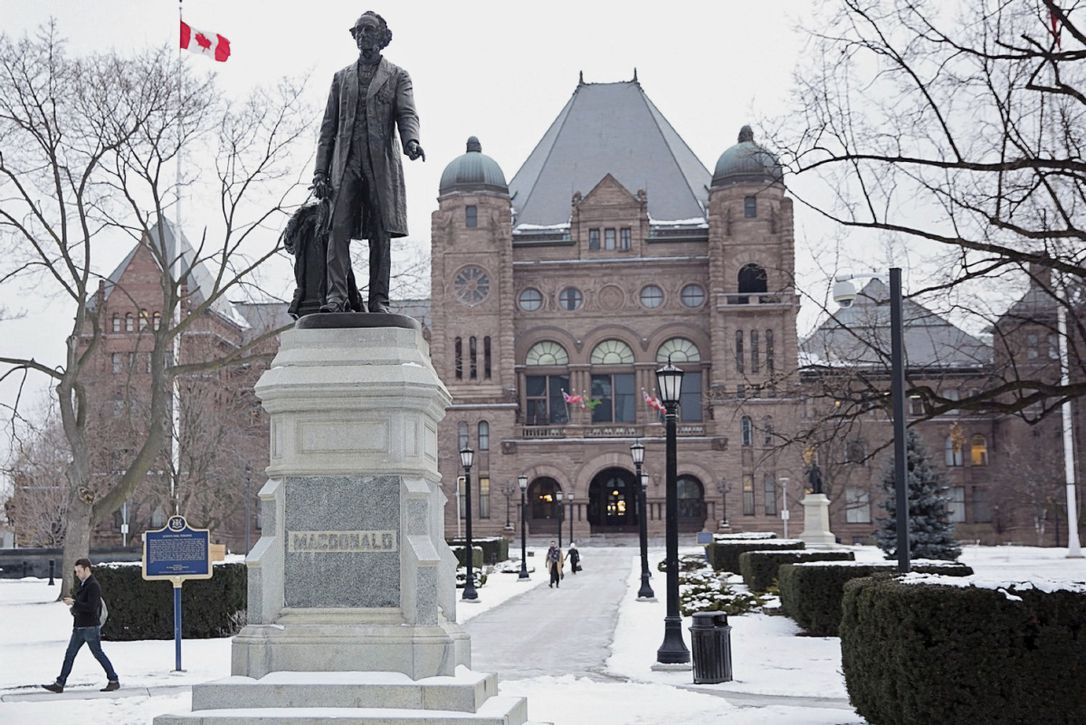 John A. Macdonald was the real architect of residential schools

On June 21, National Aboriginal Day, Prime Minister Justin Trudeau announced that the federal government will change the name of Langevin Block, the building across from Parliament Hill, to the Office of the Prime Minister and Privy Council.

The building was named after Father of Confederation Sir Hector-Louis Langevin. Recently, people have requested that it be renamed on the grounds that Langevin was the architect of Canada’s Indian Residential School system. Earlier this year, Calgary’s city council used similar rhetoric when it announced the Langevin Bridge would be renamed Reconciliation Bridge as part of the city’s commitment to strengthening Indigenous-settler relations.

Many have debated the merits of name-changing in the era of so-called reconciliation. Less attention has been paid, however, to the singling out of Langevin as the primary player in the creation of residential schools. In fact, while Langevin was certainly a proponent of the system, he was not the architect. That distinction belongs to a figure that many Canadians hold in much higher regard: John A. Macdonald.

Indeed, Macdonald, as Canada’s founding prime minister, played the instrumental role of initiating, supporting, and defending the residential school system in the late 19th century. It was Macdonald, not Langevin, who served as the Superintendent General of Indian Affairs and was responsible for overseeing the establishment of residential schooling. It seems, though, that Langevin, as a lesser-known figure, is taking the fall.

To be sure, Langevin is an easier target than Macdonald, as is a figure like Egerton Ryerson — another name incorrectly linked to the “architect” label. But if Canadians are serious about reconciliation it is important that they understand the truth about residential schools, as the work of the Truth and Reconciliation Commission made clear. Facing the truth must include reckoning with the uncomfortable fact that Canada’s “Father of Confederation” was also the architect of Canada’s Indigenous genocide.

Langevin, as the Minister of Public Works in Macdonald’s cabinet, played an important role in advocating for residential schools. In 1883, Langevin spoke in favour of the schools: “The fact is if you wish to educate these children you must separate them from their parents during the time that they are being educated. If you leave them in the family they may know how to read and write, but they still remain savages, whereas by separating them in the way proposed, they acquire the habits and tastes — it is to be hoped only the good tastes — of civilized people.”

There is no way to sidestep such a comment or the role that Langevin, as a high-ranking government official, played in supporting the nascent residential school system. Yet, as others have asked, aside from one quote, what evidence is there that Langevin should be identified as the architect? As a historian of residential schooling in Canada, I see little evidence to support such a claim.

Rather, the person ultimately responsible for planning and bringing about the system — its architect — is Macdonald. In the late 1870s, Macdonald dreamed of creating an organized system of federal schools for Indigenous children that could be used to disrupt Indigenous lifeways and control over the land to accelerate successful settler colonialism.

As such, he appointed a friend, Nicholas Flood Davin, to investigate the success of boarding schools for Indigenous peoples in the United States and determine how it could be replicated in Canada. Impressed by American policies of “aggressive assimilation” through residential schooling, Davin published his report in 1879. Beginning shortly thereafter, Macdonald adopted Davin’s recommendation to create residential schools to help eradicate Canada’s so-called “Indian problem.”

In May 1883, two weeks before Langevin delivered his infamous speech, Macdonald laid out the aim of the schools in the House of Commons. He argued, “When the school is on the reserve the child lives with its parents, who are savages; he is surrounded by savages, and though he may learn to read and write his habits, and training and mode of thought are Indian. He is simply a savage who can read and write … [T]he Indian children should be withdrawn as much as possible from the parental influence, and the only way to do that would be to put them in central training industrial schools where they will acquire the habits and modes of thought of white men.”

Macdonald backed up his talk by defending the expansion of the residential school system to all parts of the country, despite many problems with the first schools, including a high number of student deaths, truancy, and inadequate housing and poor educational conditions.

While Langevin and other government officials, civil servants, church officials and staff, and Canadians generally deserve their share of the blame for the genocidal system of Indian Residential Schools and its ongoing intergenerational effects, Macdonald must be understood as its architect. This is likely to be an uncomfortable and unsettling truth, but it is one that Canadians must confront and convert to common knowledge in the current era of truth and reconciliation.

Sean Carleton is an Assistant Professor in the Department of General Education at Mount Royal University in Calgary, Alberta, Treaty 7. He studies and has published articles on the history of colonialism, capitalism, and schooling, including Indian Residential Schools, in Western Canada.